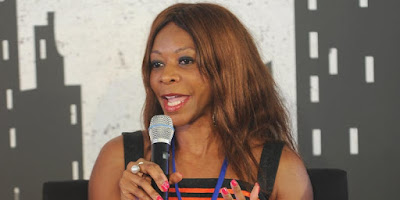 IS DEMOCRACY UNDER SIEGE?

In this episode of Head to Head, Mehdi Hasan challenges the world-famous economist and thinker Dambisa Moyo, on why she believes liberal democracy is failing, and what can be done to save it.

The best-selling author first made waves with her book Dead Aid where she argued that foreign aid was in fact preserving poverty in Africa instead of relieving it.

Now the economist is taking on an even bigger target: liberal democracy itself.

In recent years, the West has been said to be in crisis: the election of Donald Trump, the UK’s Brexit vote, and the rise of far-right parties across Europe have all been cited by some as evidence of the failures of the current political system.

In her new book Edge of Chaos, the best-selling author provides her own diagnosis for the upsurge of populist and anti-establishment attitudes and provides a radical blueprint for change, which would “restrict the behaviour of politicians, limit the options available to voters, and…narrow the scope of the electorate itself.”
We ask:
Tickets are free of charge, but must be booked on Eventbrite, in order for you to gain entry. Seats are allocated on a first-come, first-served basis, so please arrive by 6.30pm to avoid disappointment. The recording will begin at 7.30pm.


This event is being recorded, and will be broadcast globally on the Al Jazeera Media Network at a later date. By being a member of the audience at this event, you may be recorded or photographed. By attending the event, you hereby grant Al Jazeera the right to record you at the event and publish this material in all media, worldwide, in perpetuity. If you do not agree, please do not attend.