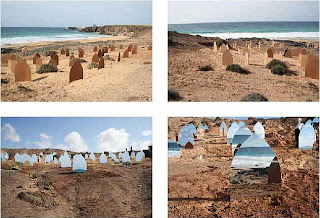 Jack Shainman Gallery is pleased to present Signs Taken for Wonders, an exhibition curated by Isolde Brielmaier. In this presentaiton six artists, Kader Attia, Jn. Ulrick Désert, Julien Friedler, Jeffrey Gibson, Xaviera Simmons, and Carrie Mae Weems, use Africa as their muse as they examine representation, symbolism and the power of the image within the social, economic, political, historical and cultural spheres of the 20th and 21st centuries. Their work explores iconic figures, events and ideas that have contributed, explicitly and implicitly, to the imaging of the African continent around the world. In Signs, the artists use a range of media—painting, sculpture, photography, video, mixed media and installation—to articulate a particular person, idea, event or time period that is significant to the role that African countries, cultures and individuals occupy within global politics, popular culture and economy. In so doing, they spotlight both the acknowledged and overlooked roles that international players, African individuals and the continent as a whole, maintain on every level of the world stage. This exhibition is collaboratively presented as part of a wider project developed by the Spirit of BOZ Collective which was founded by artist Julien Friedler. An important pillar of this collective’s global movement is the Forest of Souls, an international engagement and production of art by thousands of people from countries such as China, Rwanda, Argentina, Bulgaria, Chile, Germany, Brazil and Morocco. The exhibition Signs Taken for Wonders is thus intended to inscribe itself in a broader effort to gather a multi-national range of artists who will be featured in a series of globally-oriented exhibitions as part of the Forest of Souls project. 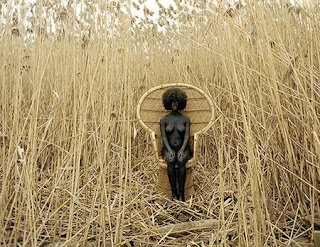